It is not unusual to wind up with a painting that becomes extraordinarily difficult. Sometimes as artists we try something new and we get half way and get stuck. We are just not sure how to proceed – we are faced with a difficult painting. When this happens it is best to put our brushes aside and to rest on it for awhile. 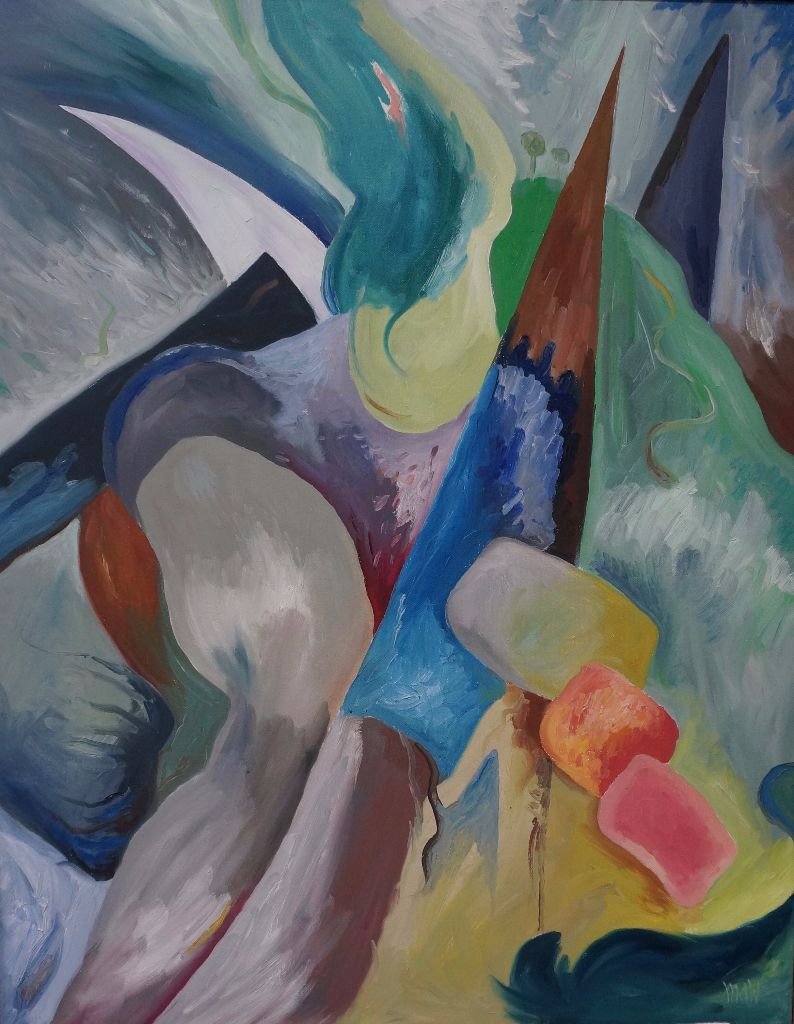 After a time pull out that painting and have another look and ask yourself what is it you are trying to do? What mood, what effect?
Try to establish a basic, fundamental direction for the painting.
WHen I have a difficult painting – one that I am just not sure about, I will attempt to get one small area of the painting right. This may mean getting a particular design correct, or just the right hue or shading but get it just the way you want it. Be very satisfied with that one small part. It is surprising how a painting can develop once there is one section that is done perfectly. All the other parts can then begin to relate to that first successful area.

For the beginner and the intermediate painter, painting canvases which are at best, average is to be expected.  There is no point or need to be overly frustrated.  There are just too many components to a successful painting to be frustrated or dissapointed with your efforts.  Many of your paintings will be just average, and this may go on for years, depending on how much time you put in to your work. 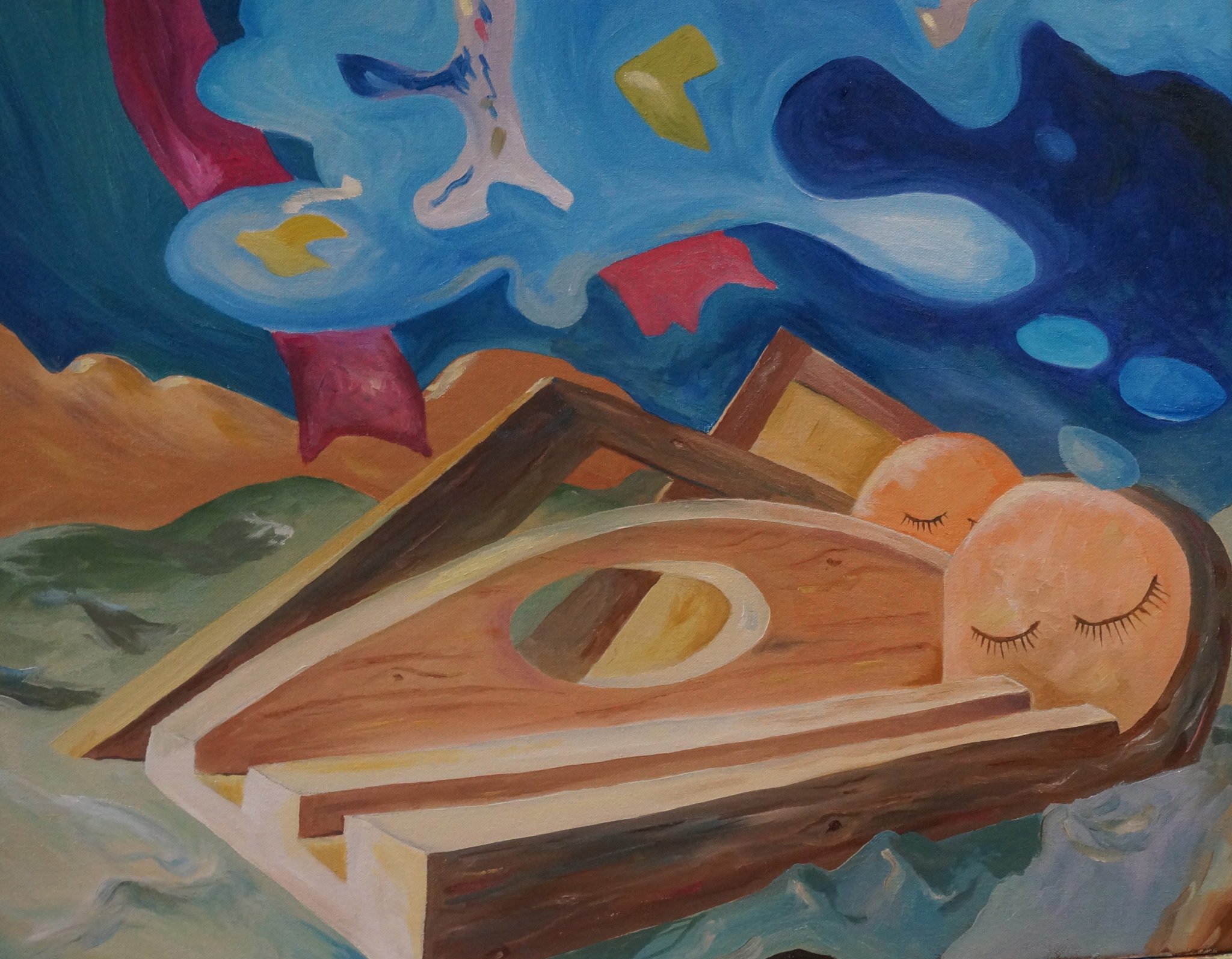 Painting average…might be more easily described as practicing a score the way a musician does when learning a new piece.  There are a lot of mis-steps, of course.  For the musician there is needed very repetitive practice.  This is true of the dancer as well.  It is true for the two – dimensional painter as well…practice over and over.  You will inevitably find that there are some things you are doing quite well.  You are learning how to mix pigments with more refinement.  You now know just exactly how Cerulean Blue is different from Thalo blue and where best to use Prussian Blue.  Your knowledge of brushes and your ability to use the correct brush for various applications is inevitably becoming better.

There are multiple disciplines to learn and until they are mastered at least in part, a painting will of course appear quite average.  It seems that in spite of years of practice a mature artist must suffer through paintings which are not as desired or conceived – but this too is as expected.   I tend to view my art in terms of passages or sections and work to refine each of those independently before weaving the whole together.  This does work sometime.  I might be very pleased with several passages in a painting and quite frustrated with others.  The important thing is to not become disheartened and to think of your work as practice.

This is my fourth article on techniques in oil painting and will describe the very early conceptual stage vital to a successful painting.  My reference is of course painting abstracts so my process requires more careful explanation.  I hope you as a beginning painter will find this helpful. 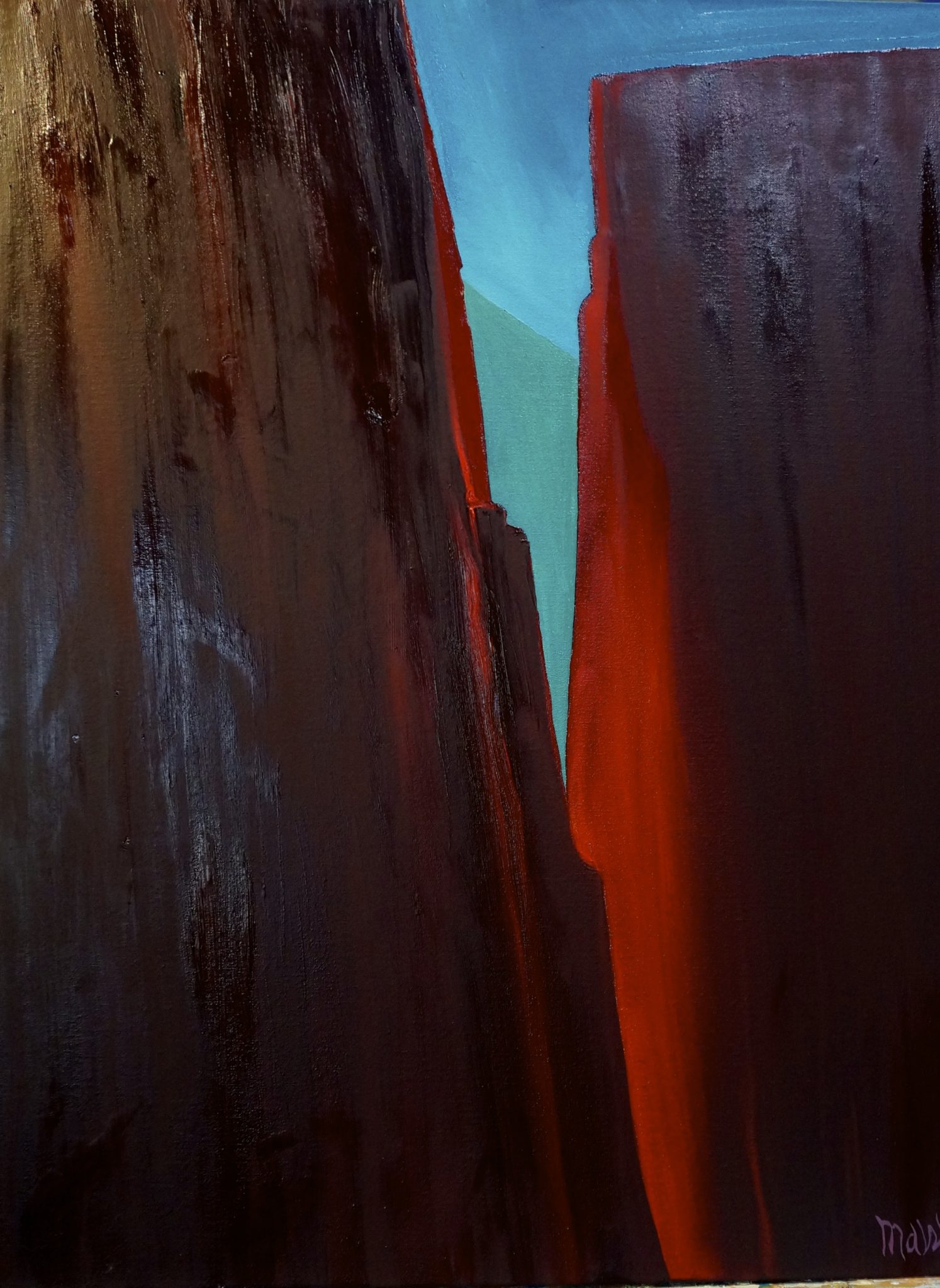 I do keep art books around and look at them.  My purpose in perusing art books is not to get an idea but to stimulate myself visually and to understand more carefully what stimulates me personally.  It might be something as simple as a certain hue that Picasso used in a background, or an interesting contrast of shapes that Kandinsky used in a painting.  Watching television, excessive telephone use or Ipad connectivity is a distraction.  I am attempting to ‘clear the slate’ to allow for something new and fresh and authentic for myself.  We live in a world of distractions and it takes effort to distill what is important to us personally.  I call this a gestation period.

When I am wanting to start a new painting I will often go to bed early and then in waking wait awhile to get up.  I try to open myself up with the purpose of starting a painting.  I don’t necessarily ‘picture’ the blank white canvas nor am I trying to conceive of a theme.  This is a good time to practice control of distracting thoughts.  Keep bringing your mind back to the purpose of locking in on a feeling or color or image that begins to resonate.   I have come to call this Initial Subject Impression.  Initial because it is the very first germ of the idea – the formulation.  Subject because we need a physical form, an anchor to start with, even if it is just a rudimentary simple form.   Impression because ultimately we are mentally and emotionally locking in on an impression – a form, a color, an emotion is making an imprint on our personal psyche.

This process might come about spontaneously but often I find it is a process of searching inwardly for a particular essence.  It is not unlike a meditation.  Of course you can by-pass this process but typically the result will lack power, force and vitality.  Give yourself some time and learn to embrace this all important period of gestation. The Initial Subject Impression  is for me like finding a valuable pearl in the barren field.  Of course sometimes the impression has more force and vitality than at other times but especially with an abstract work, this is critical to the conception and eventual physical process of painting.

As I have said many times before in previous articles, fortunately the initial thrust of the painting does not require a total theme.  Once begun a painting has a remarkable way of taking on its own life.  It begins to form itself once the impetus has been provided.  It is almost as if we are, as the painter a facilitator of a larger design and a more universal concept.  We are expressing a small passage of a greater design and this can be tremendously exhilarating.

In summary remember to reduce the bombardment of distractions by getting off by yourself…turn off the T.V. and take some walks.  Go to bed early and settle down, try to get in touch with your inner self, get control of your own thinking by focusing on what you are trying to accomplish.  Visually stimulate your mind by looking at good art and ascertain what resonates particularly with your own psyche.  Don’t worry about a grand theme, but be satisfied when you get a decent fix on an emotion or simple image that moves you or even a particular color that you want to express…Most abstract paintings begin with the smallest of concepts.  One of my more successful paintings came to me in a remarkable way –  for several weeks I had been formulating the third painting of a triptych series.  It was to be a large piece and the canvas had already been set out in the studio.  Mentally I kept mulling it over, making sketches, developing the concept – the gestation process as mentioned above.  When I went to bed I knew I would be getting up the next day to start the painting – a Saturday.  However when I woke up I was astonished to have in my mind a remarkably clear image of what I wanted to paint and it was nothing like what I had been formulating for the past several weeks.  I went immediately out to the studio and painted…five hours later it was completed and I felt I had put it down fairly accurately to what I had envisioned.  Now that was unusual but in retrospect, without those several weeks of gestation I would not have arrived at the ‘new image’ which came to me so suddenly and so clearly.  It was an example of the Initial Subject Impression being unusually clear, strong and powerful.  This however is not the typical process and I certainly would not condone waiting for this kind of initial starting impression.  Better to implement the process I have described above as a means to creating consistent abstract work by beginning with a fix on a simple and reduced image.  This will inevitably expand on its own once it has begun.

Category: Uncategorized
Tags: abstract oil painting, beginning a painting, how to start a painting, techniques for painting in oils